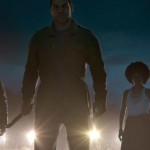 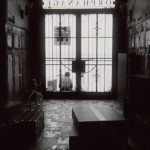 You would expect that a game with “Mafia” in the title would focus on the Italian mob, but Mafia III is taking the series in a direction few could have predicted. Set in New Orleans in the 1960s, Mafia III stars Lincoln Clay, a black Vietnam veteran who began life as an orphan. Without a family to keep him on the straight and narrow, young Lincoln sought companionship in gangs, the church, and the army, all to no avail. After his stint in Vietnam, Lincoln headed to New Orleans and joined up with the black mob. Though the black mob once had ties to the Mafia, there was a falling out, and the closest thing Lincoln ever had to a family was violently wrenched away from him. Rather than run, Lincoln decides to fight back, and he teams up with a small crew to dismantle the Italian mob in New Orleans and build a new family to call his own.

That’s a lot to digest, but Mafia III’s premise is simple if you break it down. It’s a game that’s set in an era when racial tension was high in America, specifically in 1968, when Dr. Martin Luther King Jr. was assassinated. At the same time, anti-war sentiment was growing; the public wanted an end to the struggle in Vietnam. Lincoln, who is both black and a veteran of the war, is a character that must face the harsh realities of both conflicts while he searches for a place to call home.

The evidence of these issues was readily apparent in a recent game demo we saw showcasing Mafia III’s version of New Orleans. “Wage Peace” could be seen spray painted on walls. On a street corner in a busy neighborhood, a white police officer accosted an anxious black man, seemingly without cause, while his girlfriend looked on in terror. On more than one occasion, locals used racial epithets, and as if it was normal, pro-segregation chatter filled the airwaves of a local radio broadcast.

It’s far too early to tell if the topic of race will be handled with care, rather than flaunted for the sake of controversy. We were told that Lincoln could have intervened and stopped the racist cop on the corner, but that doing so would cause other cops to surround the area, jeopardizing the mission at hand.

Instead, Lincoln proceeded to a local jazz club that served as a front for a Mafia drug dealer. Immediately, a black bass player on stage commanded your attention, as a spotlight isolated him in the room. More than the neon signs, period racism and fashion on the streets, this moment gave credence to the harsh inequalities of Mafia III’s world. If you’ve ever been on stage, you know what it’s like to feel alone despite the fact that you’re standing in front of a crowd. The same light that makes you visible also blinds you to the outside world, and for the bass player in this scene, it looked like this isolation gave him solace from New Orleans’ inescapable plight, if only for a moment. Perhaps I saw what I wanted to see, but in that ray of hope, where music was an equalizer and the only thing that mattered to the bassist, he seemed at peace as he detached himself from the darkness that surrounded him.

Lincoln was on a mission, so he proceeded to the back of the club towards a staircase, but was unceremoniously turned away by a fedora-wearing mobster. Again, we were told that Lincoln could have taken matters into his own hands, but he left the club and searched for a back entrance instead. He found it, along with an inattentive guard. Here we saw the first glimpse of combat, but it was short lived as Lincoln quickly and quietly dispatched the guard with a stealth kill. Proceeding downstairs, Lincoln found himself in a subterranean club. As he searched for his target, he came across a dock that was connected to an underground canal–another possible entry point.

After wandering through a smoke-filled, secret club, Lincoln spotted his target. A quick shot to the head was all it took, but then Lincoln needed to fight his way out. Cover proved to be his greatest asset, and the defining characteristic of Mafia III’s gunplay. He was rarely out in the open, which was good for him, but as it was the only tactic on display, I couldn’t help think that the constant reliance on cover might feel limiting over time.

With his target down and the club under control, Lincoln called in one of his lieutenants to set up shop. His small crew includes a black woman, Cassandra, an Irish thug named Burke, and none other than Vito from Mafia II. Unfortunately, you won’t be able to directly control anyone other than Lincoln, and we learned very little about what they’re capable of beyond controlling areas of New Orleans in Lincoln’s place.

With the club now under his control, Lincoln left, but as he drove away, more mobsters confronted him and a car chase ensued. Here, we saw Mafia III’s new, physics-based driving engine. While driving, Lincoln was able to shoot out tires with a semi-auto targeting system. This looked like a great mechanic, but when every car that had its tire shot out flipped over and exploded, things felt off. Similarly, every car that you ram faces the same fate. This aspect of the game, like the emphasis on cover, felt like too much of a good thing.

After the demo concluded, I walked away with mixed feelings. I was sold on the setting and subject matter. I bought into this version of New Orleans, and the struggles it was facing. I wanted to know more about Lincoln, and ultimately, how he dealt with a seemingly never-ending stream of adversity. What had me concerned was whether or not Mafia III will ultimately deliver an experience that feels cohesive, where the story and gameplay co-exist in a way that makes sense. Where the story was fascinating and new, the gameplay was almost too familiar and explosive. Given the option to explore the nuanced problems facing black communities in the 1960s or diving deep into the mechanics of shootouts, I know which one I would choose.